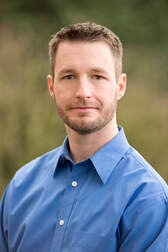 Studying vascular physiology and the regulation of cerebral blood flow in his early career, Dr. Iliff completed his undergraduate degree at the University of Washington and his Ph.D. in Physiology and Pharmacology at Oregon Health & Science University. Then, as a postdoc in the lab of Maiken Nedergaard at the University of Rochester Medical Center, Dr. Iliff helped to define the ‘glymphatic’ system, a brain-wide network of perivascular spaces that facilitates the clearance of wastes, including amyloid beta and tau, from the brain interstitium during sleep.

Dr. Iliff returned to OHSU in 2013 over the next six years established his research program and was promoted to Associate Professor and Vice Chair for Basic Science in the Department of Anesthesiology and Perioperative Medicine. There, his group has demonstrated that the glymphatic system fails in the aging brain and in the young brain after traumatic brain injury (TBI). These studies suggest that impairment of glymphatic function may be one factor that renders the aging brain vulnerable to protein aggregation and neurodegeneration and may link brain trauma early in life with the development of dementia in the decades that follow. Ongoing work in his lab seeks to define the molecular and cellular underpinnings of impaired glymphatic function in the aging and post-traumatic brain, and to use novel MRI-based imaging approaches to extend these findings into clinical Alzheimer’s disease and post-traumatic populations. In 2015 he and his collaborator Bill Rooney of the OHSU Advanced Imaging Research Center were named Allen Distinguished Investigators in Alzheimer’s Disease, an award that supports the development of novel MRI-based approaches to measuring sleep-wake changes in glymphatic function in the human brain.