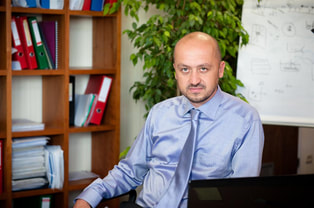 Stefaan De Smedt  studied pharmacy. He joined the Janssen Research Foundation and became Professor in Ghent University in 1999. He served as dean of his Faculty. He has been a Guest Professor at universities in Belgium and China.  Since 2004 he serves as Editor of JCR, currently as Deputy Editor-in-Chief. His research is at the interface between drug delivery, biophysics, material sciences. He is author of > 350 manuscripts, filed +20 patents and is a scientific founder of Memobead Technologies. He is a member of EURASC, the Belgian Royal Academy of Medicine and the Académie Nationale de Pharmacie of France.